I've waited a few days.....up till a request came from brother Din Turle when he wrote his piece..

Khidmat beliau??
I look around in the cyberspace these past few weeks sedih siut....
It seems like bloggers of late have become the topic of their own conversation....
One thing for sure is that "bloggers" seems to be "berkhidmat" for someone...
There is a monetary value attached to how they write or cover a particular topic...
One example is KickDeFella....he swing one side and then swing the other side....
Another is the Unit Media Baru Fiasco...
Bodoh giler babeng....
come up with a piece la lu cakap you all are "organised"..."psywar".....ayat canggih nak mampus..
Fucking idiots...
There's even one guy complaining not getting his by-election allowances
You don't even understand the eco-system and what is required to "play the game"....kalu takat nak cari "bloggers" and ask them to write in a specific slant baik tak payah brader...
Anyway brother Din Turtle...hujah2 dangkal semua sudah selesai..penulisan saya sebelum ini sudah menyampaikan pendapat saya terhadap isu ini....hari ini ayuh kita fikirkan bagaimana isu ini bisa di selesaikan..
Before we go forward in this discourse.. let us go back to something that I wrote in February 2009

What if for the sake of settling this issue once and for all, the Malaysian Government ALLOW the production, use and distribution of Bahasa Malaysia Bibles WITHOUT the use of ALLAH as a term of reference to God......Plus this is the time of the INTERNET ANYONE CAN DOWNLOAD A ONLINE COPY OF THE MALAY BIBLE into their home without the religious authority knowing. Regulations and Enforcement must keep up with the evolution of technology, if regulation are enacted but is too costly to implement or impossible to monitor then the intended objective is not achieved. More here

Why do I say that?

Simple go here
That is the Online Al-Kitab (Bahasa Indonesia Bible), I'm not sure if the site is blocked in Malaysia but I can surely access it from another jurisdiction 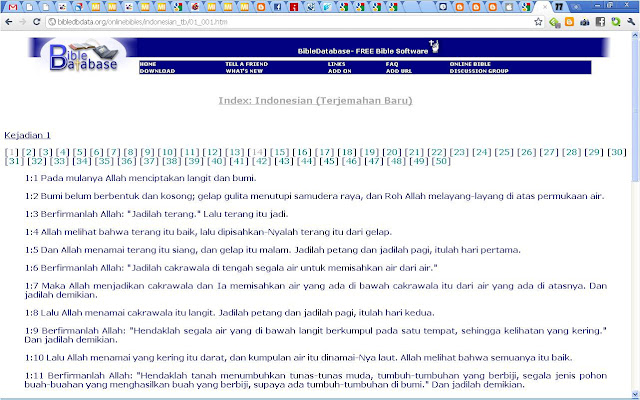 So tell me
How you plan to stop someone from Printing it out and Distributing it to the Malay Target Group?
It's in the plan of the Bible Society of Malaysia anyway... 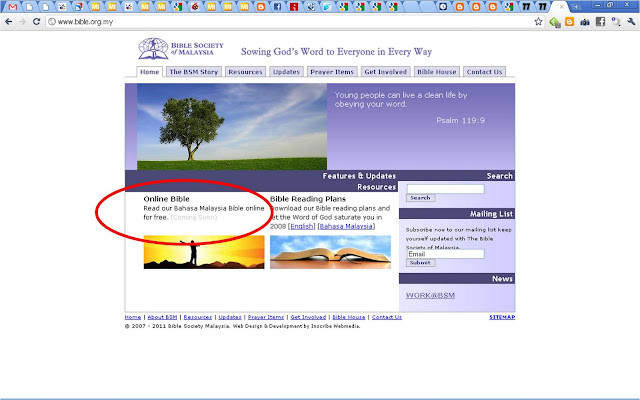 Will the Government of the day fund a proper translation of the Bahasa Bible without the Term Allah? Our language have evolved folks...the dictionary is so blardy thick
It is time now to move forward. more here

if you also notice folks are saying look at Indonesia ....they got no problem with use of Allah...
let me tell you something as someone who have lived here for a number of years...

The sound of the words is the very the different la ahbengs......You wanna know why?

Who were their preachers?

Locals or Mat Salleh.....Ever heard a Mat Salleh non muslim say the word Allah? Get it?

if it was me at the negotiating table....I would have asked for them to drop the silent L
So how Pakiam ane....deal no deal? more here

So where do we go from here??

Hishamuddin have came up with a statement...

Home Minister Datuk Seri Hishammuddin Hussein said the withholding of the books was due to the pending appeal by the Catholic Herald over the use of the word "Allah" in its publication -- as this term is used in the Bahasa Melayu and Bahasa Indonesia texts.
"The ministry have since sought the advice of the Attorney-General and the matter is being resolved amicably with the parties concerned," he said, adding that the issue is expected to be resolved in the next few days More here.

Resolved in the next few days?????

You may refer to the Allah case judgement  here

Lots of things is at stake here...from the Power of the Sultan2, the various State Enactments on the propagation control to Muslims....

What happens if the Bible falls into the Hand of A Muslim??

Would the ArchBishop or anyone from the Christian organisations be sent to JAIL for facilitating the Propagation of Christianity to the Muslims?


Has anyone ever wondered why KDN came up with the Ban?


Does anyone know the actual number of Muslims who have converted before 13-May-1982?


How effective was the Ban to stop the "propagation of Christianity" to Muslims?


Perhaps official data on Conversion should be made Public to support the KDN Case...

A pastor who spoke anonymously to the Asia Times said he believed there was an average of 100 Muslims per month converting to Christianity throughout Malaysia.

One Christian group estimated there were 30,000 Malay converts in total. Official figures are much lower, but many Malays convert secretly in order to avoid harassment.

Some converts report having gates rattled at midnight and phones tapped by the police. Others report visits from security police requesting them to stop all Christian activities -- including social work. more here

That piece of news was in Dec 2007
Simple calculation based on 100 Malays per Month would add close to 3700 more Malays to the 30,000 that have already converted....
I personally don't give a fuck about the fact that you have converted....
What I'm concerned is how best to implement the Power under Article 11(4) of the Federal Constitution..
Too many Christian Preachers lurking in the shadows...
Take Justice Law Bee Lan ...who sat on the Allah Case....for example
She converted at a Later Stage of her life...if I'm not mistaken during her University years...and went on to Provide Bible Classes for Children.... (monkey contempt of court ka....come and get me motherfaker!)
Or what about this

KUALA LUMPUR (March 13, 2011): A senior assistant in SMK Damansara Jaya was suddenly transferred to another school for teaching Bible knowledge to fifth formers in the school.

MCA president Datuk Seri Dr Chua Soi Lek said the matter came to the party's attention after a central committee (CC) member brought it up during their meetings.

"MCA is of the opinion that the transfer is unjustifiable and uncalled for," said Chua in a press conference after the party's CC meeting.

The teacher, Ruth Cheah Kah Yok, who is also the acting head of the school, was given 24-hour notice earlier this month to transfer to a different school for teaching Form Five students who have registered to sit for the Sijil Pelajaran Malaysia (SPM) Bible Knowledge paper this year.

Chua said the teacher took over the class as its previous teacher had left.
"She took it upon herself to teach the students on a voluntary basis. Such noble qualities of an educator should be applauded and emulated,"said Chua.

He added that the action has affected the fifth formers' preparation for the SPM.
"Our party calls on the Ministry of Education to intervene and rectify the matter, and rescind the transfer so that Ms. Cheah may continue teaching and the students may continue learning the SPM Bible Knowledge subject without stress," said Chua. -- theSun go here

So Hishamuddin lu sure ke bole settle in a few days????
Another Shiite by satD at 9:16 AM
Email ThisBlogThis!Share to TwitterShare to FacebookShare to Pinterest
Newer Post Older Post Home
Minds are like parachutes; they work best when open. -Lord Thomas Dewer