Well I guess the dog has spoken.

More Ahbeng than the typical AhBeng

The use of Malaiyoo law in Pure Shiite’s attempt to coerce the Chinese to learn Malay is akin to the practice of Anglo-Saxons arriving in Australia or Canada or the US. Upon landing, they would get together, institute rules which they’d call Law and then hand it to the aborigines and say, “Now, obey it!” The National Language Act is Malaiyoo law. And Malaiyoo law, like hudud, does not concern the Chinese. Once inapplicable there is neither cause nor compunction to have to obey it. Worse for it, such laws run contrary to the multiple identities, cultures and languages that birthed the country. The Chinese shall no longer be made to obey fascism that locks them up in some American-like Indian internment reservations white people called New Villages. Because this use of force is so untenable today, because its motivation is fascistic and the basis for it both frivolous and contradictory in terms ethical (Satu Bahasa, communicating in one language) and political (Satu Bangsa, one race), the Malaiyoos have only one thing left to get One Sekolah going. It presumes that there is something wondrous, something culturally great, something edifying in a Malay-based education. It presumes Malay is better than Chinese education in delivering knowledge, progress and for the betterment of Malaysian society. That is, it is superior, like English in PPSMI is superior for the attainment of scientific and mathematical knowledge. (This is further evidence into explaining why the DAP Anglophiles and Hannah Malaiyoos are one of the same kind – racist to boot.) Below are the series of PISA results showing the standing of Chinese schooling – more accurately, script language – compared to, say, English language education. PISA tests precisely the criterion used by PPSMI Malaiyoos favouring English: the global quality of maths and science knowledge. That is, it tests how well students understand the maths formulas, the scientific laws of gravity, and how well they can articulate that which they are given to read. It tests students all of the same age-group, 15, having spent nine years learning in their respectively mother tongues.

The test questions are identical, different only in translated form in the language of the countries participating, 100,000 students from 60 plus jurisdictions. There are three comparisons to be culled from the tables below: Chinese (or script) vs English, and Chinese vs Malay, English vs Malay. Some SK Malay schools participated in the PISA 2009 tests. What came of that nobody seems to know (although the inference is obvious, and we know why. Don’t we?). This means that the strength of Malay education would have to be gleaned and assessed either by its absence or by its motherland equivalent, Indonesia, which sits at the bottom of every league table. The conclusion is clear: Malaiyoo education proposed by the SS Malaiyoo fascists isn’t just third-rate at home and in the world, it’s completely useless – for everybody, for Malay kids and Chinese as well. This means, forcing Chinese into one, Malaiyoo school can have only the effect of making the Chinese equal to the Malays in stupidity (something Pure Shiite exemplifies best). A sociological phrase for this is called, ‘dumping down’. Why does Sat Dee want to do that? What have the Chinese done to him to deserve his spleen and wickedness? Or is he simply jealous of the superiority of Chinese education and so wants it out of the way, lest people make comparisons? Or, does he suffer from a Malaiyoo inferiority complex, in response to which he invokes English – not Malay – as the challenge to the ching chong ching chong language he ridicules regularly? Sat Dee the Anglophile racist is no coincidence in identity values held similarly by Hannah Yeoh, the Anglicised Chinese Jew or Tony Pua, the Anglo Sing. All three share a common anti-Chinese bigotry – much like Harry Lee of Singapore – and so support the use of English to supplant and suppress hanzi education.  Ketua Persatuan Aku Boleh Mengeja Nama Ibu Dalam Hanzi here

Actually folks, barking dogs like this one been around for the longest time. They bark bark bark straight out of the tongkang, till today they bark.

But what do they actually bark about? Same story it seems with this particular one, the other blogger regurgitate doggie's thought in Bahasa

This particular dog loves to bark at everything that is not Chinese enough.

Who gives a fuck beng?

Anglophile or Not, every single Chinese Politician in a Party that "represent" Chinese Interest WILL SUPPORT VERNACULAR EDUCATION FOLKS.

That would leave MCA and DAP out of the equation.

Wonder why folks are asking which Nationality are you when you go around Ching Chong Ching Chong 24 jam?

Is being Illiterate in the National Language something that the Majority of the Population should tolerate (here)?

Now back to the National Language act and Article 152

The dog now barks the similar call of the 60's

Mandarin and Tamil to become part of Our National Language

Little doggie now knows that without having those 2 languages in our Article 152 and National Language Act, the Golden Brick Beggars need to roam the streets.

No need to worry ma, your kind got corporate sponsorship lo.

Little doggie now goes into the typical argument of Vernacular Education in Chinese is superior to every other Education system there is.

This dog perhaps forgot to ask himself

Why does Singapore ranks high? It teaches in English.

This dog also forgot to look at the Performance of Chinese Students in other Jurisdiction.

PISA 2009 Results presents the findings from the most recent PISA survey, which focused on reading and also assessed mathematics and science performance.


Now back to the performance of Chinese Students in a Non Native Education system.

How does this validate the Logic of Vernacular Education for the Chinese?

When they can perform in another Language... 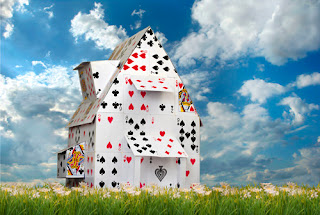 Guano nate anjing? Do you know how to read data in English?

By the way doggie why quote a test on 15 year olds?

Are you advocating FULL VERNACULAR EDUCATION for little Ahbengs and AhSohs?

As for Maths and Science

My Position is Very Clear since 2009

Maths is not for everybody, you could either do it or not......what ever blardy language pun if your brain cannot handle it guarantee hancur.(here)

Let's go back to the ranting of this little doggie

We just want the government to uphold the law of the land (not your motherland madefaker).


Should and when the like of Pure Shit want to step on even a blade of grass in a Chinese school – don’t forget they stole Tan Yimin – we’ll be waiting. We’re prepared. Fifty years: enough of these Malaiyoo pigs.

I don't need to take a single fucking step into your schools little doggie. Brick by Brick I'm gonna take you down

I just need to hire a lawyer, firm up the statement of claims to ensure that the Malaysian Government can no longer FUND your continued isolation.

Keep your fucking schools........pay from your own pockets doggie

If you are worried about performance why can't the Government look at both system and combine the best of both and offer it in the National Language?

I am not a lawyer, nor will I try to pretend to be one so to settle the "ambiguity" over the issue we must go to court. If there is no merit in the case, the sitting judge would duly say so, if there is and the Government subsequently loses, the policy makers must figure a out a way on how to implement the judgement with minimal effect to all our children.
Another Shiite by satD at 10:51 PM
Email ThisBlogThis!Share to TwitterShare to FacebookShare to Pinterest
Newer Post Older Post Home
Minds are like parachutes; they work best when open. -Lord Thomas Dewer