Every AhBengs, AhSohs and the Occasional Machas and Melayu Bodoh went to town with this Article

Getting back its mojo

After a slump, an early engine of globalisation is thriving again Aug 13th 2011 | PENANG |

IF YOU are going to have a heart attack, have it in Penang. So one might think, to the see the hospitals in George Town, the capital of this north-western Malaysian state. Patients are flocking in. Ted Mohr, the head of the venerable Penang Adventist Hospital says that he will admit 70,000 medical tourists this year. The hospital specialises in heart procedures and it will perform roughly 23,000 of them this year, including 550 open-heart operations. Such is the demand that the hospital is doubling its number of beds.

Mr Mohr gives two main reasons for Penang’s success with the coronary crowd. First, it is relatively cheap. Open-heart surgery that would set you back $100,000 in America costs only about $10,000 in Penang. Second, Penang’s hospitals are as well-equipped as many in the West.

The combination of low cost and high technology is the main reason why industries across the state of Penang, made up of the original island and a larger bit of the mainland, are prospering again after more than a decade of decline.

Their revival is important to Malaysia’s economy—Penang and the surrounding region account for 21% of the country’s GDP. But the renaissance could also have important political consequences for the country. Since 2008 Penang has been one of only four states (out of 13) run by an opposition party. If its politicians can claim the credit for the recent success, that should greatly help the opposition in the next general election, expected within the year.

Penang was founded as a free port by the British in 1786. Occupying a position between India and East Asia, the island drew merchants and middlemen keen to make their fortunes. Chinese, Indians, Armenians, Arabs and more all traded alongside each other. With its racial and religious mix, and dedication to the pursuit of free trade, Penang was in many ways the first custom-made city of globalisation. The island’s fortunes sank as it lost business to its arch-rival, Singapore. In the post-colonial period Penang fell victim to the rise of nationalism. The region’s freshly minted republics chose to develop their own ports.

Penang enjoyed a revival during the 1970s with the setting-up of Malaysia’s first free-trade zone (a “free port” by another name); this attracted big names in electronics, like Intel and Bosch, which built some of the first offshore assembly lines. But this boom was founded on cheap labour, and as Malaysia became richer other emerging economies, such as China and Vietnam, drew the assembly work away. To recover its prosperity, Penang has sought to reinvent itself. With the rise of India and China, Penang’s location again looks very handy to foreign companies as a place to invest, as in the 18th century. It is relatively close to both big markets—yet offers advantages that trump Asia’s giants’. Penang’s own “Silicon Valley” companies know that the rule of law in Malaysia gives them the sort of protection for patents and intellectual property they would not enjoy in China, and an ease of doing business that they could not find in India. Wages are higher than they were, but no more so nowadays than on the Chinese seaboard.

The federal government has also spent liberally on bridges and the airport, making Penang better connected to the rest of Asia. And old George Town has been smartened up, which helps to bring in foreigners to live, work—and have surgery. The result is another boom. Last year more investment poured into the state than any other in Malaysia. Scores of new electronics firms have swooped in to join the pioneers, along with an expanding cluster of 20 or so medical-device manufacturers. Crucially, most of the new jobs are in research and development rather than assembly. An American chip-designer, Altera, has a new facility with 1,100 workers in Penang, 800 of them engineers. Its head says that almost all the engineers are locals—which is good for Malaysia.

When the Democratic Action Party won the state’s legislative assembly three years ago, it became the first opposition party to triumph in Penang in more than 40 years. The victory presented a direct challenge to the Barisan Nasional (BN) coalition that has ruled the country continuously since independence in 1957. Penang’s new leader, Lim Guan Eng, says that the federal government has an “ambivalent” attitude towards him, cutting off some funding but not undermining his authority. “They don’t want us to get any credit, but they can’t afford to see us fail”. The revival of Penang was already under way in 2008, but Mr Eng’s new policies have helped it along. He has become the first governor in Malaysia to open up all state tenders to competition. This has entailed dismantling the special preferences for ethnic Malays that have underpinned the BN’s rule since the early 1970s. That was when the Malay majority institutionalised affirmative action for themselves, to the disadvantage of ethnic Chinese (a majority in Penang), who were perceived to have got unduly rich.

Mr Eng claims that by reforming the system he has ended the cronyism and corruption that wasted money under previous regimes. Adapted to the national stage, such policies could transform the way that the Malaysian federal government conducts business. Mr Eng says that the savings he has made by ending the “old systems of patronage” allow him to spend money on new social programmes instead, such as modest handouts for the elderly. These policies are popular, and the assault on corruption pleases foreign investors. Little wonder, then, that Penang has become a political weathervane as much as a lesson in economic development. Source the E-CONomist here


The combination of low cost and high technology is the main reason why industries across the state of Penang, made up of the original island and a larger bit of the mainland, are prospering again after more than a decade of decline.

If its politicians can claim the credit for the recent success, that should greatly help the opposition in the next general election, expected within the year.

Mr Eng says that the savings he has made by ending the “old systems of patronage” allow him to spend money on new social programmes instead, such as modest handouts for the elderly

Little wonder, then, that Penang has become a political weathervane as much as a lesson in economic development 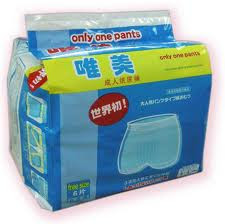