Touchdown KLIA……..as I make my way towards the immigration counters that seem to operate faster than the “Automatic Gates”……..I said to myself ……there’s no place like home…and indeed there is no place on this planet like Malaysia…….

The first question folks as me this time around is…..How are things in Indonesia? Is it safe for Malaysian to go? Whats up with the Bamboo Sticks?

I give them the standard answer…….chill out beb…..as far as I know things are OK..all this nonsense is just being played up by some opportunistic politician and the media..the general sentiment is more like ……”so what gitu loh?”….

It’s a numbers game folks…how many members of the facebook group MalingSia?

Say 341,493 out of 240Million Indonesians……that would represent 0.14%....to add some local flavor to the numbers that would roughly equal to 40K Malaysian who despise Indonesia and its people..so now what?........kelakar siut got a group who wants to come to KL for ‘war’…biar betul

Let us now go to the basic of the Constitutional Malay-

1. a person who professes the religion of Islam,

3. And conforms to Malay custom

Now lets see is there anything there that is tied to Race in a biological sense?

OK….let me now turn the table….

If I convert and become a devout Buddist, marry a Chinese, makan babi, berak calit, pakai chop stick, speaks fluent Mandarin, Hakka, Cantonese and other Chinese dialects……….Am I a Chinese?

Go and ask that question to any Chinese friend you have? And the answer is a No with a straight poker face…

The thing is you can never become a Chinese unless you are by blood a Chinese…..just look at how they treat their half blood

now lets get back to the Malays….we adopted a Cultural Definition rather than a biological one …one particular formula we need to understand is that

Constitutional Malay is not equal to the Malay from Antropology, Geographical and Linguistic Perspective.....it is one of a kind Cultural Perspective of the Malays unique only to Malaysia

what does that means then?.......In a simplest plain kongkalikong …..the Malaysian Malays are very Open and accommodating as a bunch of people…….or was it really difficult the define the Malay race from a biological perspective given the fact that the Malay Archipelago and its various suku kaum are so diverse in nature.....(this is one of the major reasons of the misunderstanding with Indonesians....how la to claim what is ours and theirs....we were border-less up till the time when the Europeans came to break all of us apart).....

Some folks may try to bring into the picture the argument that Islam should not be included as the defination of a Malay........I say why not? When Islam came to our shores, the Native Malays became Muslim and adopted the Islamic Values into their way of Life....as such Islam and Malay are an entity that cannot be treated separately in the context of Malaysian Malays.

So now the most interesting part-

1. Converting to other religion

2. I malu la to speak in Bahasa

All of item 1,2 and 3 are the Major Agenda of Anti Malays in Malaysia and their Global cohorts…..the plan have been in action to prove the fallacy of the statement ‘Tak Kan Constitutional Melayu Hilang Di Dunia’....mmm should i copy right this one ka

At the rate we are going in Malaysia………the Constitutional Malays will be gone in 100 years…..extinct especially no 2 and 3

1. Sesatkan Iman Orang Melayu and overtime they will only become Muslim in IC only ...count around you how many still sembahyang regularly? Bayar Zakat?....ehem not the 4ringgit lima posen fitrah brader….dan lain2 lagi lah

A blogger who woke me up from my years of slumber (I am one of those with an early symptom of point 2&3)....brother KijangMas came out with a post in September calling for the birth of the true Bangsa Malaysia

He put forward the framework -

Let us try to understand that message.....the rabid racist have gone to town claiming that he is asking for a forced assimilation to create Melayu Celup..........kecik sungguh bijik mata depa tu...

For this post I would like to touch on the Language perspective in which brother KijangMas put forward as the primary pillar.......

To be able to speak the National Language of the Federation Fluently and for it to be a Primary Language for day to day use among all races is what every citizen of this nation should aspire to do...this one no need to elaborate 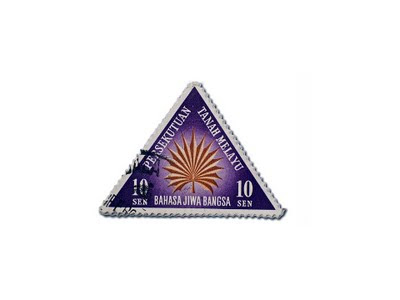 Do I really need to explain the context of Bahasa Jiwa Bangsa? Or should i leave it to all of you out there to figure it out?

Of late I noticed the emergence of the Phony Anak bangsa Malaysia initiative lead by none other than Ayah Pin Assistant Prophet The Murtad BahKutTeh eating Mr.Teapot Kaki Kencing....to me this is nothing more than a sideshow freak jumping into the Anti Malay Initiatives......go and ask them what language does this "bangsa Malaysia" plan to speak as a primary language......... 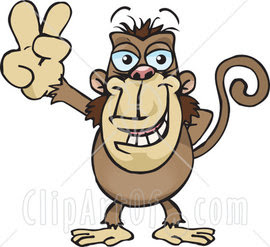