17th August 2009….as I watched the Indonesians proudly hoist their Red and White flag across the Nation…..national community events that cuts across the racial divide are undertaken across the country to celebrate the day(without any state/govt funding tu!!)………this monkey cant help but wonder ape pasai Malaysia macam cibai aje……..

He began to think about how we got our independence……..did we fought the ball-less British losers with all our might? Or were we too divided as how we are today?

Is it because of our engineered population composition pre-merdeka? And the divisive nature of the Fucking British method of controlling any form of nationalist uprising?

How can we even start to discuss this matter in a constructive manner?

Do we go back to the outset, something that predates this current “lemas” feeling generally affected any sane minded Malaysian……so where to begin?….

Lets start moving back from where we are and try to pin point some critical dates……I have chosen to start with demystifying the significance of September 16….Malaysia day my monkey ass!!!

The Borneo States agreed to be a part of Malaysia through various waste of time paper work such as the Malaysia Solidarity Consultative Committee (1961); the resolution of the Legislative Council of North Borneo (1962); Report of the Cobbold Commission (1962); the Twenty-Point Manifesto of the Sabah Alliance (1962); Report of the Inter-Governmental Landsowne Committee (1963) and finally the Malaysia Agreement (1963).

They (Sabah and Serawak) were given “self-governance” i.e full independence as of 31st August 1963 from their colonial masters. So if they didn’t like the whole Malaysia concept……….they could have become an independent country during that window of 16 days. Hah apepasai taknak cabut lari buat negara baru?

If you ask me why there is 16 days delay, this is simply because of a bunch of incompetent UN staffs who could not present their findings for the UN General Assembly to deliberate the fate of these two states + Singapore before 31st August 1963……..go and ask mamat U-Thant tu apesai bingai sangat….

So that’s the original September 16……then came the ‘ciplak’ version concocted by the Master Rojak Shape Shifter Holier than Thou Anwar bin Ibrahim…….mane lu punye katak dah nak setahun gua tunggu ni….BTW the closest u’ll ever get to my ass…if and only if I give u a ride on a kapcai…..even then I’ll put a helmet in between us……..yuck!! 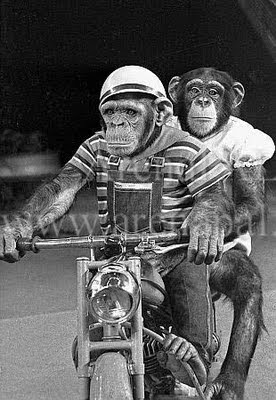 The 1Malaysia …………What the fuck is that? I read your so called response in parliament and your 2part blog post on the subject…..you sounded more like someone reading from a “Con”Sultan presentation with very little understanding of the subject matter…ini macam boleh jadi PM ka?................... Kok gitu sih

Folks in Malaysia are super confused between Race, Ethnicity and what constitute National..you come along and throw consultant speak with flowery word + zero content…..and guess what not once you mention the word Melayu or Bumiputera?...We have been grouped under the “disadvantaged” Ape pasai pakcik sudah lupe what is in the constitution ka


So lets roll bitch……and by that I don’t mean your surgically enhanced and botoxed other half…….

Is Race = Bangsa? Or Orang

Is Race Biological or a human construct?

What about ethnicity?
(psssst....I will not write about the above in this post.....stay tuned for my future post on the matter)

You said that the whole thing is based on a formulae……for real ka pakcik…let us try to look at the crap you are trying to cook up…….goreng baik punya…ke lu dah kena goreng dengan technocraps?
This is what you said pakcik

On the other hand 1Malaysia values and respects the ethnic identities of each community in Malaysia, and proudly regards them as an asset or advantage. 1Malaysia underlines the value of "Acceptance" amongst its multi-racial people, where one race embraces the uniqueness of other races so that we may live with mutual respect for each other as a nation. It is a distinct step above that of mere tolerance.

The foundation for all this is the principle of justice for all, which means that the welfare of all Malaysians will be looked after, leaving noone behind. Such justice must take into account the varying levels of development of each ethnic community. Hence, government policies and provisions in the Constitution that protect the interests of disadvantaged groups will continue to be implemented.

1Malaysia will continue the agenda of nation-building. To achieve growth for the nation, the Rakyat must be the first to be developed, which must begin by instilling a sense of acceptance amongst races, and therefore undivided solidarity. When solidarity is achieved, the task of nation-building can truly and smoothly be carried out.

The Principles of Unity are the three items I had earlier detailed; the first, "acceptance" amongst all races and peoples of Malaysia; the second, nationalistic principles built upon the Federal Constitution and the Rukun Negara; and thirdly, social justice. These Principles are supported by wholesome values that must be inculcated as part of Malaysian culture, including values such as mutual respect, Tawaddhu', humility and astuteness in forming decisions and actions.
The second aspect of the 1Malaysia formula highlights elements that must be practiced by any society seeking to achieve greater competitiveness and success. These elements comprise
· A Culture of Excellence in performing all duties and responsibilities;
· A Culture of Precision in terms of time management and improving efficiency;
· Courage to innovate and explore new opportunities;
· Meritocracy in assigning tasks to those best fit to execute them in accordance with the Federal Constitution and national policy;
· unwavering Loyalty to our country;
· Perseverence in the face of adversity of any kind and
· Integrity in all matters and transactions.
The inculcation of these Aspirational Values will distinguish ourselves as a powerful, respected and admired Malaysian Community, befitting the identity of a thriving and developed nation.

Firstly what is it that we need to accept? And How exactly can you instill acceptance?

It should be the First Language of EVERY Malaysian.

How to do that? Simple......start with a Single Stream of National Education based on Bahasa Melayu our National Language as the Main Medium of Instruction……

Is this a new idea?

The Razak Report 1956 declared the 'The ultimate objective of educational policy in this country must be to bring together the children of all races under a national educational system in which the national language is the main medium of instruction, though we recognize that progress towards this goal cannot be rushed and must be gradual"

I was searching on historical discussion on a similar topic and came across a speech made by none other the Supreme Chauvanist of Malaysia…..

The Alliance, through Mr. Koh Kim Leng’s Abdul Rahman Talib Education Report of 1960, has declared unequivocally that the Alliance want to close down all Chinese, Tamil and English schools, both at primary and secondary levels, and convert them into purely Malay schools.

A vote therefore for either the Alliance and the Party Rakyat is a vote for the destruction of Chinese, Tamil and English schools.

The DAP advocates a ‘Malaysian Malaysia’ education policy, which will permit the different language-media schools to grow and develop, so that every Malaysian child can choose in what language he wants to be taught and educated – while all learning Malay as a compulsory second language.

Well that was 1969.......I don't have to tell you what happened in May of that year.......this particular party does not even want to recognize Bahasa Melayu as our national language siut.........they even want other languages to be National Language.....(nak copy paste PAP policy kut!)

So folks before you get your knickers in a twist..........A Single Education Stream DOES NOT seek to ABOLISH the use of other languages or the teaching of other languages......it merely uses the National Language as the Main Medium of Instruction........

This is the current Primary School Curriculum


If BM+ English + Maths + Science is already in National Language (BM n English).
And here I’m assuming that BM & English is not conducted in Mandarin or Tamil….I cant imagine how the class is…what else is left?

This whole Vernacular System of Education also create an Eco-system whereby the Best of Their Brain then goes off into an Education System in their First Language.....take a look at this achievement

Have anyone ever calculated the TOTAL LOST to OUR GDP due to Vernacular Schooling System?

I will not membebel any further.... someone have done a great job in putting together a comprehensive portal launched on Merdeka Day 2009 to explain what the Satu Sekolah Untuk Semua is all about.

Folks....... free your mind once again let not the politicians cloud your judgment.......Sign the Petition for the Interest of Our Children and to pave way for a true birth of Bangsa Malaysia

Happy Belated Merdeka Folks
Another Shiite by satD at 1:18 AM
Email ThisBlogThis!Share to TwitterShare to FacebookShare to Pinterest
Newer Post Older Post Home
Minds are like parachutes; they work best when open. -Lord Thomas Dewer